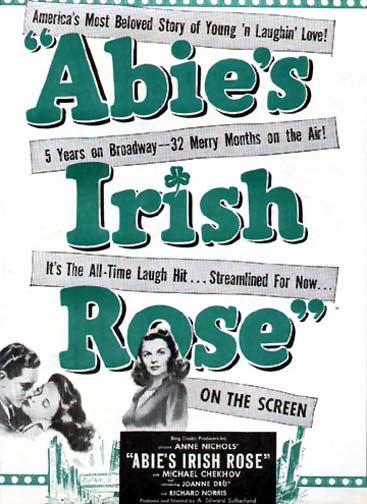 A selection of his capsule reviews for Abie’s Irish Rose:
[widgets_on_pages id=2]