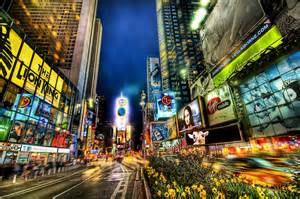 Are they looking just at the short term, the next four to 11 months or the long term? By “long term” not “long run,” but the overall health of the business as it relates to all aspects, including audience, industry, art form, etc. This is one of the toughest things to do, calling for a strong alliance of those in the business and the various organizations and unions that serve Broadway and the American theatre.

This is yet another difficult undertaking. In balancing the artistic and the fiscal elements of a production, producers are trying to give audiences stellar shows at affordable prices while attempting to make a profit. Many years ago, Off-Broadway was seen as a solution to this dilemma, and to a degree it is still one. Broadway’s dilemma is in maintaining high artistic standards while still being able to provide tickets that are affordable to the general public.

The future of Broadway, and the entire American theatre, is dependent upon its ability to attract young audiences who will want to keep coming back as they get older and have their own families. The more that can be done now and in the next decade to attract student groups and families the more fiscally sound Broadway and the American theatre will be.

Giving access to student groups in the form of affordable ticket prices, backstage tours, talkbacks, intellegent and reflective study guides, and workshops will go a long way to cultivating tomorrow’s theatregoers. Theatre audiences are aging and those potential theatregoers who are now in school and college communicate, socialize, and make money-spending decisions in an entirely different way than their parents and grandparents.

What Are Fair Ticket Prices?

The hundred million dollar question is “what are fair ticket prices?” How can a show make its nut, pay its investors, and still be affordable for audiences? Popular shows that become award-winners will raise their ticket prices to take advantage of the fact that people want to see the show, whereas those plays or musicals that are having a hard time attracting audiences will lower them considerably.

This “what the market will bear” pricing is understandable; and, yet, if ticket prices were set at a rate that reflects fair value in terms of the show, budget, and a reasonable profit, that type of pricing might actually create a ripple effect for attendance, as seats become affordable to a wider demographic.

Is There Something You Can Do?

Everyone involved in the professional theatre needs to ask themselves what they are doing right and what they can do to improve the current situation on Broadway to provide access. Ticket prices for shows continue to rise and the demographic that can afford such continues to narrow. What can be done?

If the answer is “nothing can be done,” then we think again and become creative. This is not an indictment but a request that everyone honestly evaluate themselves in terms of what they bring to the professional theatre in a positive way, and what they contribute in a negative manner in terms of inhibiting its growth.

A sure sign of the times is that those in their late teens to mid-twenties are uninterested in subscribing to cable-TV. There are now some streaming services available, and more being developed, that can give that demographic what they want and at a much cheaper price. Is there such a solution that Broadway can provide? Does it have to do so?

The basic idea is to ask yourself is there something else that I can do to in some way improve the American theatre by increasing ticket sales while making shows more affordable to all levels of society and preserving high artistic standards? Producing shows is not an easy business, and, yet, at the same time nobody said that it would or should be.

But at this point in time it’s pretty clear that everyone involved has to be totally committed to the ultimate goal, which is hopefully not just extraordinary ticket sales, but, rather, a commitment to a strong artistic product, affordable ticket prices, and the betterment of the American stage. If that can happen on a consistent basis, then the American theatre may see growth on all levels.