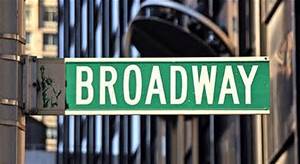 In an examination of ticket prices, box office revenues, and the fiscal health of The Great White Way, we can attempt to determine what is really occurring on Broadway. We’ll do so by citing reports from various sectors, considering what certain numbers mean over an extended period of time, and looking at the how and why of various facts. All of this is an attempt to separate real fact from fictive fact.

According to the New York Times, the Broadway League, which is the organization comprised of theatre owners, managers, and producers, announced that the 2015-2016 was, in essence, a fiscally successful one.

The Times reports that the league announced in May that there was a new record set for ticket sales this past season, as Broadway brought in $1.365 billion in business. Also, the League notes that more than 13 million people came to see Broadway shows this past season. The organization concluded that over the past two years attendance has risen by 13.3%.

But those figures need to be put into perspective. In 2012-2013, Broadway saw a dip in attendance, which was down 6.2%, as 11.6 million attended shows. The 40 theatres that comprise The Great White Way had sales totaling $1.14 billion. Interesting to note that despite attendance being down by more than 6%, grosses were only down by 0.1% from the previous year.

With a 13.3% rise in attendance over the past two seasons, adjusting for the downward trend in 2013-2014, the three-year gain in attendance was a modest 2.1% per year. That’s minimal at best. How much have ticket sales risen in that three-year period?
First, it is interesting to note that contrary to what has been announced, Broadway did not break any box office records in 2014-2015. Sales fell from $1.37 billion in 2013-2014 to $1.365 billion in the most recent season. Thus, revenues were just about stable. The growth in Broadway grosses over three years would then be about 7.33% per season.

In a three-years period, revenue growth topped growth in attendance by more than three-to-one. Those should be some of the figures on which we focus when determining exactly what is happening on Broadway. In essence, pricing is outpacing demand.

One thing to keep in mind is this- an audience member is always an audience member, but gross box office receipts that are reported without being adjusted for inflation are not an indication of fiscal health. The League’s report does not adjust for inflation, thus more revenue may not be the result of a thriving theatre industry.

What the Fed Says

In recently published Fed Beige Books, which are released two weeks prior to each Fed policy announcement and which focus on the fiscal health of the 12 different regions of the U.S., the Fed noted that although the economy was expanding across the U.S., there were some exceptions and New York City and the Broadway theatre were part of those exceptions.

In one report, which was published in late July 2015 and after the Broadway league announcement concerning record growth, The Fed noted. “Tourism activity has shown further signs of slowing — particularly in New York City, where both hotels and Broadway theaters report slowing business and declining revenues, and a major retailer attributes recent weakness to reduced tourism.”

In their latest reports, issued on September 2, the Fed observed, “Tourism activity has generally remained soft, though there have been scattered signs of a pickup. In New York City, Broadway theatres note that attendance and revenues rebounded somewhat in the latter part of July but have slowed a bit in early August.”

Overall, Broadway looks to be sluggish and not as vibrant as some claim. Of course, the Broadway League is offering an overview of an entire season that ends in May, while the Fed reports cited are for May through August. That’s one reason for the contrasting views. However, there’s more to be gleaned here in terms of what the actual fiscal pulse of Broadway is.

In Part Two of this series, we’ll consider why these two different entities may be offering contrasting points of view and attempt to reconcile exactly what has been influencing Broadway’s rising box office sales of 7% over the past three years and what that rise in revenue and increase in attendance really mean.

It is worth considering why these two different entities may be offering contrasting points of view, and attempt to reconcile exactly what has been influencing Broadway’s rising box office sales of 7% over the past three years and what that rise in revenue and increase in attendance really mean.