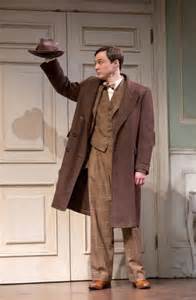 Emmy winner and Big Bang Theory star Jim Parsons will play the ultimate roe, God, in the Roundabout production of An Act of God. An Act of God, which is being adapted by David Javerbaum, who wrote the book of the same name, will preview May 5, 2015, at Studio 54 and will open on May 28 for a limited run. Parson played Elwood P. Dowd in the Roundabout’s … (read more)