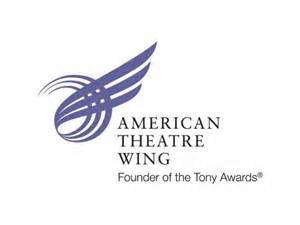 The interesting thing about the whole process of selecting the committee each year is that, according to the article, it is not transparent. Basically it comes down to the Tony Administration Committee selecting members of the nominating committee by the fact that they are “deemed worthy” to be on it. It is a select group to say the least.

The Tonys: An Uncomfortable Partnership

Although the Wing is credited with being in charge of the Tonys, these awards are actually controlled by two entities, which are known by the name Tony Awards Productions. Tony Awards Productions is comprised of the American Theatre Wing and the Broadway League, also known as the League. It’s been widely reported and, at times, it fairly evident, that this marriage is not made in heaven. That’s partly due to the fact the League is comprised of real estate folks, theatre owners, and investors, producers, who see the Tony Awards® not so much as a way to honor the very best in the American theatre, but more so, as a marketing tool.

The Wing and the League are very different beasts with very different goals and that has bred so much acrimony that the League has threaten to create its own awards for excellence, which smacks of both vanity and narcissism. Last year, prior to the awards, the publication DEADLINE offered an article by Jeremy Gerard that highlighted this controversy.

In September 2014, the Broadway League got entangled in controversy when they decided they would not dim their lights to honor the passing of Joan Rivers. League leadership said that Rivers did not meet the criteria for the honor. Eventually producers and theatre owners changed their minds, but the incident became an embarrassment for the organization, as some members expressed their dismay at the decision and various celebrities who felt that the late comedian did deserve the honor launched an online petition.

In a recent Backstage article entitled “6 Facts about the Broadway League,” it was noted that along co-sponsoring the Tonys, being engaged in the community, and making sure professional theatre is seen around the U.S., that the League is focused on keeping ticket prices fair. In essence, the organization is dedicated to making sure that unscrupulous resellers of tickets don’t gouge the public and that they are licensed. This consumer protection is important.

Thus, when you review the list of Tony nominations this year consider that although they are supposed to be given to those who have attained the highest artistic achievement on the American stage that, for better or worse, a Tony win, or two, or three, or more can mean an extended run on Broadway, big national tours, and a huge increase in revenue.

However, to call this a “bad guy, good guy” scenario would be wrong. The League is not a bunch of villains, and nor is the Wing comprised of heroes. These are two groups of people, theatre professionals, invested in many ways in the American theatre and focused on not only making sure that it thrives, but taking on the responsibility of not only making a profit for investors and employing thousands of professionals, but also helping to ensure that the very precious and lively art form of theatre survives and thrives.

In that sense, the Tony Awards® hit their mark, and in a world where nothing is perfect or simple, especially the art of live performance, that odd couple, the American Theatre Wing and the Broadway League, may just be a semi-perfect marriage.