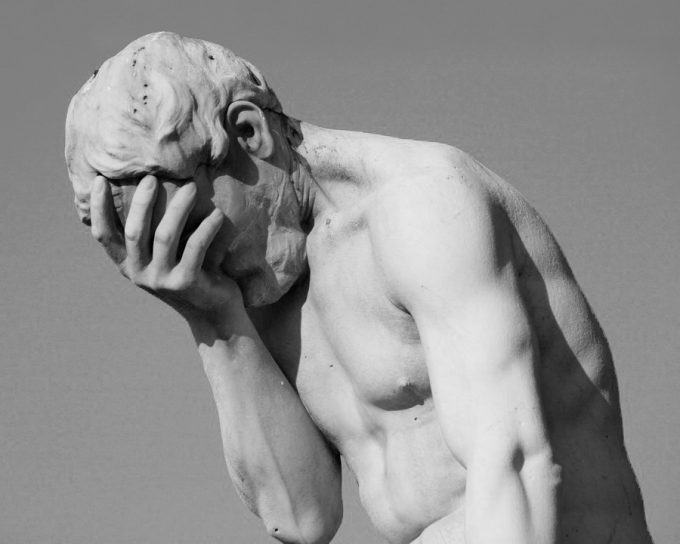 In the university where I teach theatre, we had a student who would not follow safety protocols. She ignored safety signs and almost every rule that was mandated in the performance space.

With a lot of nagging, we managed to get her to pay better attention and follow most of the rules by the end of her first year, but then right at the beginning of her second year, she walked right through some caution tape and fell through an open trap in the deck.

We almost banned her from the theatre, but then we realized that she was just going through a stage.

My uncle always told me that the secret to theatre was to always leave them wanting more.

He was a great community-theatre actor, but a terrible anesthetist.

It was maybe my second or third time going to a Broadway show. I remember being psyched because we had orchestra seats. They were right on the aisle.

When we got to them, though, there was a man sprawled across them, taking up three entire seats. It was about fifteen minutes before the show was supposed to begin. Our usher said to the man. “Sir, you’re only allowed one seat. Please sit up, and sit only in your own chair!”

The man kind of groaned, but he didn’t move. The usher got kind of harsh. “If you don’t get up, I’m getting the house manager.” Again, this guy just sort of groans. The usher goes and gets the house manager. They grab him and try to move him. He moans but he doesn’t really respond to them at all, and they can’t get him to shift.

Now there are other people waiting to get into this same row. It’s past time for the show to start. The house manager takes out her cell and calls the police.

If you know the Theatre District near Time Square, you know there’s usually police around on foot. A cop shows up in what felt like less than three minutes. He comes down to where we are and talks to the guy in the seats.

“Okay, dude. What’s your name?” The cop’s really being pretty nice. The guy coughs a little, then he says, “Lucas.” It’s the first time he has said any words. “Well where are you from, Lucas?” With a lot of effort, the guy rolls over just a little, and he points up into the air, and he says: “The balcony.”